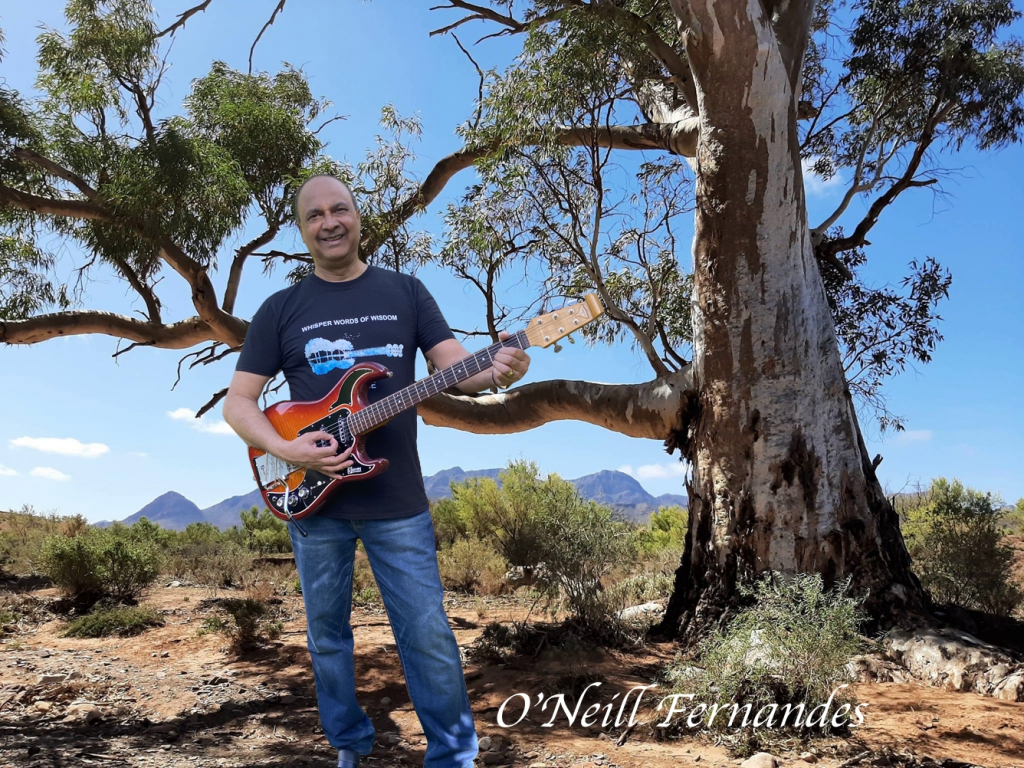 O‘Neil Fernandes is an outstanding pop artist who has performed instrumental versions of various popular numbers. His music is romantic and fresh. There is a certain positive vibe that his instrumental numbers always carry. This Perth pop music artist has a tremendous energy that he shares with all his listeners through his songs. It presents more instrumental pieces for its listeners. We really enjoyed the musical pieces of the album. ‘The next time’.

Salvation! Congratulations on your latest published music. It must be quite a journey from a self-taught guitarist to the release of your 30th album. We would like to know a little more about the nostalgic music you make. So,

1. Tell us about this new album released on January 26?

Rep. ‘The next time’ is a very romantic music album that has special memories for me, and I wanted to encapsulate those memories through the songs and music on the album. The album contains songs from 1959 to 2003 and encompasses different generations and genres. This album is my 30th album and I wanted to do something special by recording my favorite songs, some of which I redid to bring them to another level of musical harmony.

Rep. Well, this one is special… During my time as a mobile DJ, I was hired to host a wedding. The venue was on a rural estate not far from Perth. This was the one and only time the amp volume was increased to the maximum of 300 watts RMS per channel. The music was so powerful, I could feel the vibration of the music behind me, and the dancing audience loved it…it was like they were in a musical trance. The song playing was ACDC’s ‘Stunned’. I will never forget that moment, it was electrifying…

3. I found it to be a complete album containing completely enjoyable songs. So, a memory you would like to share while recording these songs?

Rep. The Next Time is a very special song that has an emotional connection with me. I first recorded the song on my debut album ‘Shades of the Shads’ in 2012. This new release is exactly how I wanted to express myself through music. It’s about the relationships in my life and that in the unfortunate event that you lose your partner, how would life go on, when you love someone so deeply…

Other songs like ‘Have I Told You Lately’ is a song I recorded for my wife Linda because we often joke around wondering “I told you today how much I love you” and the answer would always be… No, but you can always tell me again…

I could write a story about every song (some of them are too personal) on the album but it would take a lot of time to detail the memories, so the song title and lyrics will be tied to the memory. So let your imagination run wild….

4. What is your musical inspiration?

Rep. Good question… If you had asked me this question when I started this journey, I would say that Hank Marvin and the Shadows would be my musical inspiration. But this is no longer the case, because I draw my musical inspiration from a more Spiritual source. Ideas, thoughts and suggestions come to mind all the time and often the songs I have on my list don’t necessarily end up on the album. The answer I feel is that I am guided by a higher source and very much in tune with the music I create.

It’s hard to explain to someone what you’re going through when words aren’t able to capture the true meaning of the experience. It’s as if the knowledge comes from deep within and you just know the answers without knowing why or how.

5. Do you have collaboration projects with other artists of this age?

Rep. I would say no right now mostly due to health issues… I no longer need stress or pressure in my life to meet deadlines or deadlines. I also value my independence and creativity and I don’t know how that would turn out. But if the right conditions are met, anything is possible.

6. “I’ll Be Your Baby Tonight” and the title track “Next Time” are two exceptionally nostalgic numbers that will make anyone fall in love. Any particular stories that made you choose these songs?

Rep. As previously stated ‘The next time’ is a romantic song between Linda and I and our deep love for each other and how it would affect each other if we lost each other. “I’ll be your baby tonight” is an old favorite of mine that I use to love singing while driving in the countryside. So it brings back memories and I always wanted to do my own cover.

7. What’s next in your bucket for your audience?e?

Rep. My next album is called “Born for Rock’n’Roll” and will feature 20 great tracks across generations and genres. I will be starting this project shortly for completion in March 2022.

8. Please share what made you realize that music is the strong point on which you will build your career?

Rep. I was introduced to music at a very young age because my late father (Austin) had a great love for music. My friends were also music lovers, which quickly led me to learn to play guitar and sing along.

I was a mobile DJ from 1992 to 2001 and it was also a very positive experience in my musical journey.

My next step was in 2010 when I started learning to play the guitar and when I had cancer in 2015 I had a one year break from music. It was music that drew me into my healing process and helped me through my darkest days.

I don’t think I would have survived without the power of music and its positive effect on my physical and mental state. Each album taught me more about music creation and production. The feedback encouraged me to continue and here we are celebrating my 30th album.

9. What do you think of your musical achievements?

Rep. I feel very humbled… my greatest pleasure is being able to bring joy to so many people around the world with my brand of music. I was encouraged to emphasize the songs I grew up with, the songs that have an emotional attachment, and the special request songs that brought many tears or smiles to so many listeners. I feel very lucky to be able to do this.

To pay tribute where it is due… the Music Promotion Club team have also been instrumental in helping me bring my music to listeners around the world and for that I am forever grateful.

10. Are you ready to share your voice with your instrumental pieces in the future?

Rep. No, I can’t sing… so I won’t torture listeners with my voice right now…

11. Are you ready to organize a tour for your fans and admirers?

12. Say something dedicated to your fans.

Rep. I want to thank all of my listeners around the world from the bottom of my heart for supporting me through this incredible journey…it has made my life so much more complete…

Alicia Parker is a fashion enthusiast studying at the University of California. She contributes to Daily Music Roll as a music blogger and writes a review of various music daily.