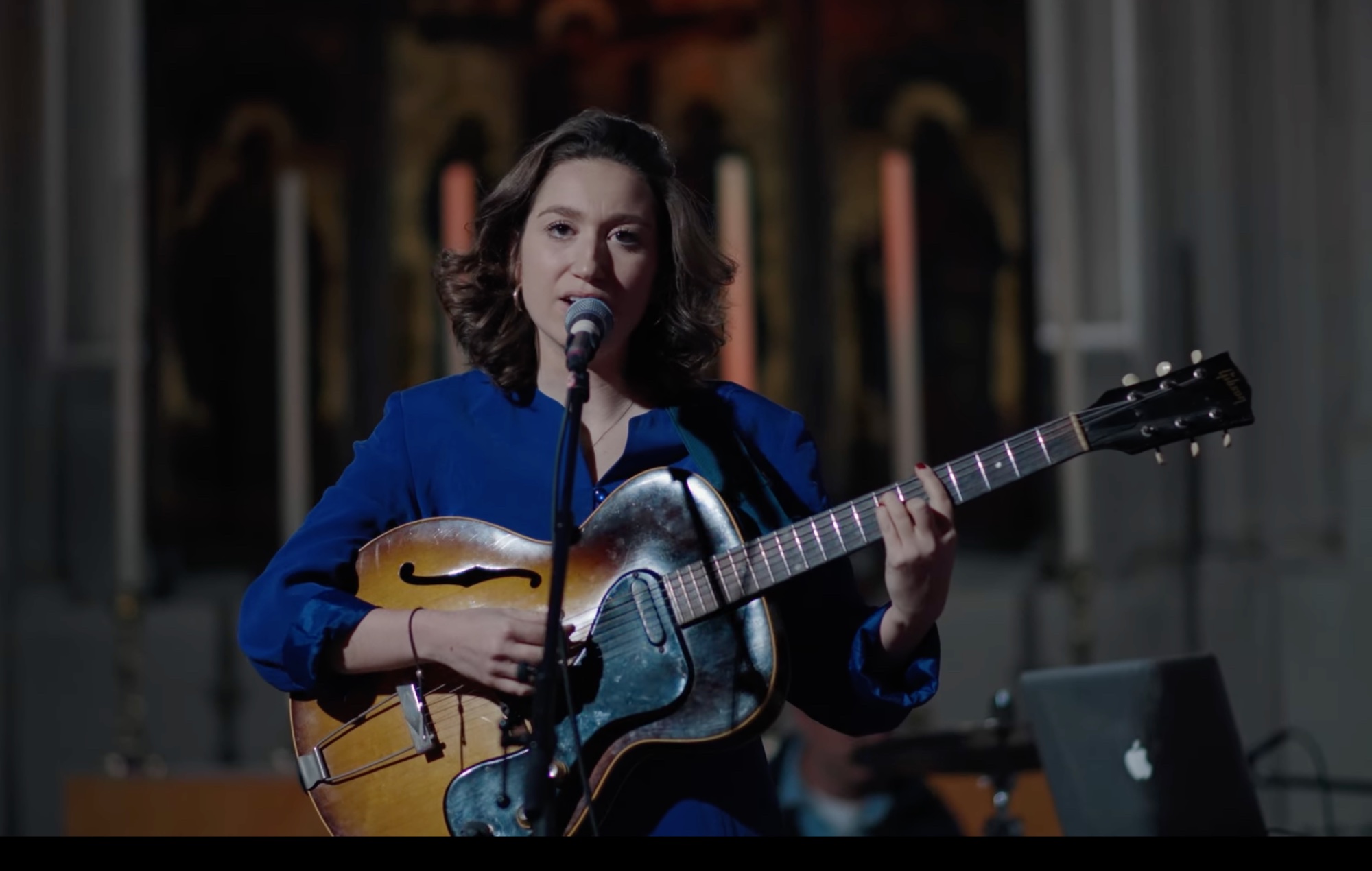 In partnership with Squarespace

Last year, NME and Squarespace launched ReBuild Music: a search for new local projects that takes a fresh look at the music industry. While each of the 10 selected winners had a unique idea, they were united by the fact that their projects were inclusive, accessible, ambitious and, at their core, had a simple goal of sharing music with people.

Singer-songwriter Marie Naffah, the only performer in the mix, was feeling the withdrawal of her creative lifeblood – live performance. The Londoner’s response to the easing of pandemic restrictions in the summer of 2021 was both immediate and instinctive. She wanted to reconnect with people in real life and with the whole world, and so started a bold plan to play 50 gigs in 50 days – titled 50:50 – For the love of living – appearing free to whoever wanted to see her play, wherever he wanted to see her.

The resulting 2,500 mile journey across the country took Marie to gardens, front rooms, a refugee center, house parties and even a vaccination center. It was an exercise aimed at re-establishing human connection after periods of isolation and blurring the boundaries between performer and audience. These genuine connections come naturally to Marie, who usually introduces her songs with a really funny anecdote about them, then apologizes for talking too much.

While the trip and schedule were at times exhausting – she played multiple gigs on some days – Marie says she was energized each day by the people she met and the gratitude she received for sharing her music – for free – with fans in such a unique way. .

Indeed, some of those who had welcomed Mary into their own homes and events last summer were present when NME attended his pageant on April 22, 2022 at St Pancras Old Church in the heart of London. Before performing to sold-out audiences at one of her biggest shows to date, Marie spoke to us about her amazing year and how she used her Squarespace site to support her idiosyncratic, DIY approach. music in our mini video documentary. 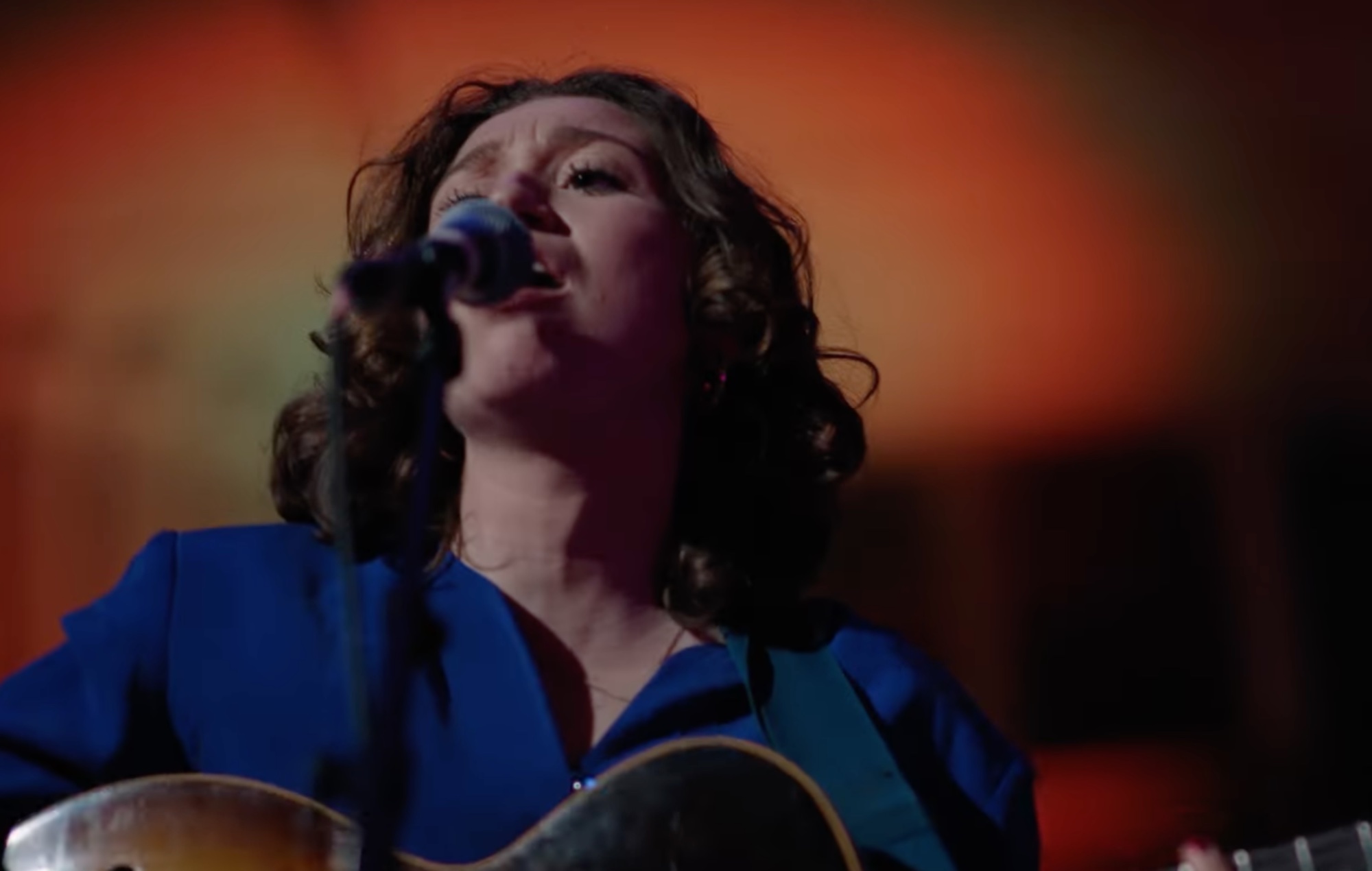 The St Pancras gig – performed by Marie and her full band – featured all four brilliant tracks from Marie’s brand new EP, inspired by her experiences traveling across the country by train and the people she met at the course of his journey. Titled “Trains,” the EP (released May 27) is the up-and-coming artist’s finest work to date – an easy feel that brings Marie’s classic song to life. In addition to ruminating on the people she’s met, Marie also introspectively delves into her own experiences in the music industry on the song “Good Luck (Mrs. Tambourine Ma’am).”

Leading up to the release, Marie made the most of her Squarespace site to amplify her brand and capitalize on the momentum she gained on the road. As a resolutely DIY artist, she maintains and manages the site herself with ease by sharing updates, preparing to sell new product lines and presenting multimedia mood boards filled with images and of thoughts that flesh out the world behind his songs. She has also put the finishing touches to a documentary about her ’50:50′ tour and the year of creative work she inspired, which is to be unveiled at a special screening on June 21 at Soho House, Brixton – exactly one year since the first of his ’50:50′ shows.

Ready to make your dream a reality? Start your free trial with Squarespace today and use code “NME” for 10% off

Marie Naffah’s EP, ‘Trains’, is now available; visit Marie’s Squarespace site for more information on upcoming shows and sign up here for more details on the screening of his documentary