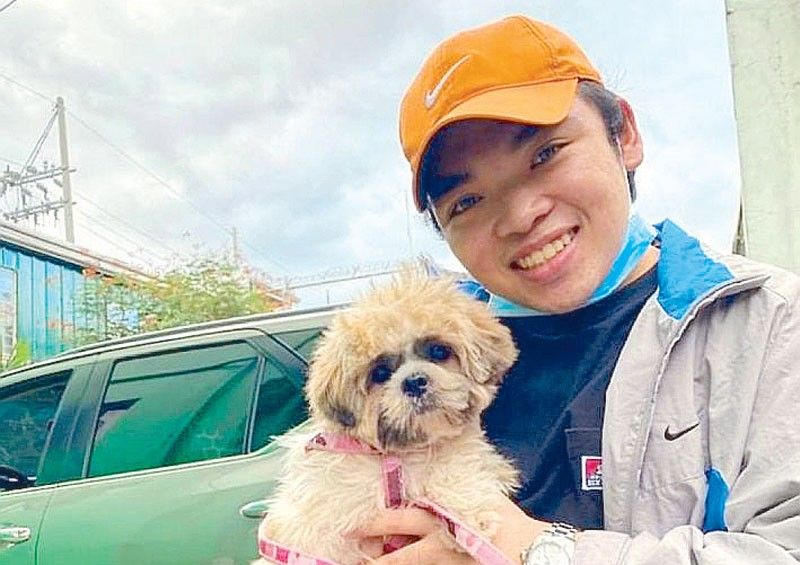 MANILA, Philippines — Twenty-year-old Cody Bondoc, Star Music’s newest artist, initially had mixed feelings about his future. He remembers that as a child he imagined situations where he sang and danced in front of a lot of people. Yet he also wanted to become a successful businessman.

No wonder Cody started export management at De La Salle University’s St. Benilde College, where he is now a freshman. He wants to become a businessman, although his dreams really are in music.

“My family is very supportive,” said Cody, real name Reynald Kyle Bondoc. “They are excited about my music career. Even though I graduated with a business degree in college, they support me throughout my musical journey.

“They don’t push me to pursue my dreams of becoming a singer-songwriter, but they support me in such a way that as long as I’m happy, so are they,” he added.

For Cody, singing was not a surprising decision. As a child, who loved to listen to music, he was exposed to the stage from an early age. At the age of seven, he was already producing melodies, because his parents, as well as his sister, are all singers.

“I still remembered Akon’s hit, Don’t Matter, was the song I always sang every morning and whenever there was a rented karaoke in our house,” Cody admitted. “But when I was nine years old, the first song I performed on stage was Baby by Justin Bieber.”

It wasn’t until 2018 that Cody realized music was truly his passion. Being a singer-songwriter is something he really wanted to do in life. “I wanted to be an artist, but knowing my family, they were worried about my future,” Cody explained.

“They suggested I take a business degree first. But they know how happy I am when I make music and that’s reason enough for them to support me in my career.

Cody’s late father, Reynaldo, inspired him to write songs, hoping that one day he would also become an artist. Although his father is no longer around to see where he is now, Cody’s mother, Perly Elaine, is also fully supportive of his musical inclinations.

Growing up, Cody’s dad was the one who supported him the most with the things he wanted to do in life. “I started singing when I was only nine because I heard amazing stories about my dad’s talent,” Cody said.

“My dad and I would go to a music store and he’d grab a guitar and play a song and I was just there amazed. Hearing my dad sing was a blessing, although as a child I knew my dad’s voice was very different from mine. I always know by heart that music, singing and playing instruments is something I don’t want to leave behind.

Cody has many musical idols. Since 2009, he has enjoyed listening to Justin Bieber, Maroon 5, Ariana Grande, Chris Brown, Ella Mai and English rapper KSI. Cody idolizes Ben&Ben “for their very touching songs and their beautiful voices;” SB19 “for their witty lyrics and catchy tunes;” and Zack Tabudlo “for his very amazing voice”.

Cody also mentioned John Roa and Skusta Clee (Daryl Jake Borja Ruiz) “because I really admire them as singer-songwriters and I think their songs are really awesome,” he says. When Cody was in 12th grade, he enjoyed performing in a Broadway musical, Jesus Christ Superstar. “It was a surreal experience, given that I really love acting,” he recalls.

“To be completely honest, it was one of those times when I was really happy and excited to the point where I couldn’t think if it was real or not. It made me nervous, but I understand that every opportunity is my moment to shine.

Cody is open to collaborating with other artists. “I collaborated with another Star Music artist, Zachary Ignacio,” he offered. “We wrote the song, Pangako, which is included on Zach’s (extended play) EP with Star Music.

“I really love making music and I recognize that Star Music is full of incredible talent. I am and will always be ready when they need me. I feel like being able to collaborate with other artists boosts the strength of a song that will be delivered to people.

Once the pandemic is over, Cody wants to take his family somewhere on vacation. “Just a few days away from home would be great,” he said. “I miss family trips so much, as well as eating out with friends, playing basketball and, of course, traveling abroad.”