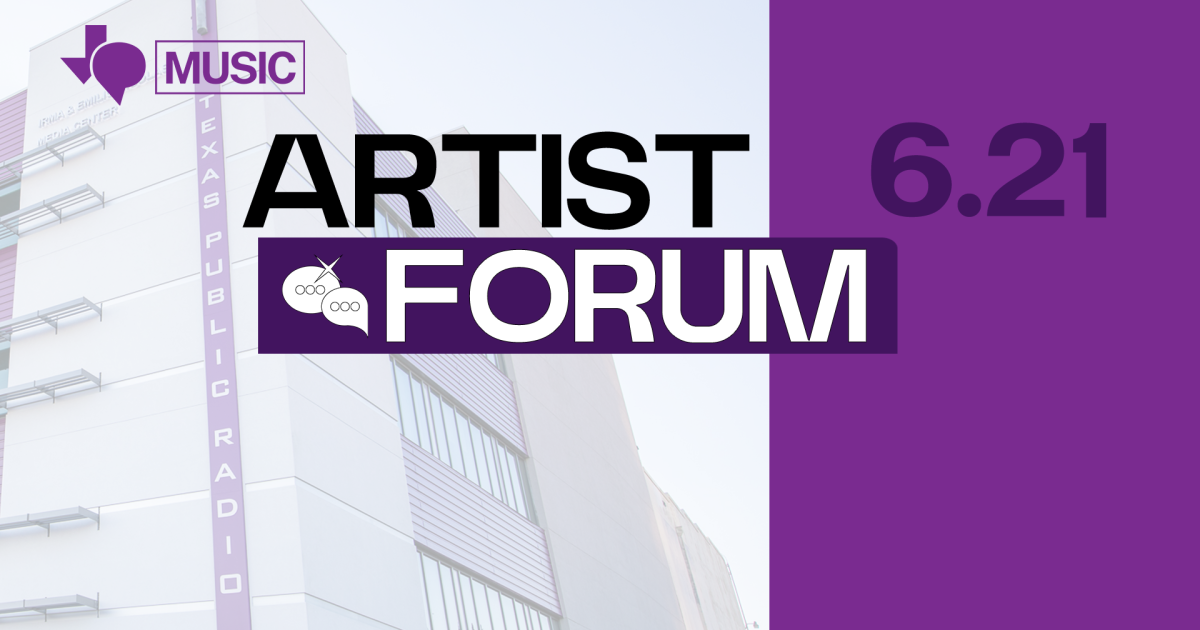 Musicians of all ages are invited to a networking workshop and discussion with panelists dedicated to understanding the future of music technology, copyright, entertainment law, obtaining royalties and navigation in music streaming services.

The panel discussion will take place at 7:00 p.m.

Food and drinks will be provided.

Musicians are invited to submit an original piece to feature on our TPR Music Artist Forum Playlist:

Professional portraits will be offered free of charge by Oscar Moreno.

We will end the evening with a special live performance by J. Darius live at the Malú and Carlos Alvarez Theater.

RSVP here to reserve your spot for this free event!

Ondrejia’s vision is to be an emerging leader in providing musicians, artists and creators with comprehensive career solutions enabled by technology and services that advance the entertainment industry fairly.

Upon completion of her JD program at St. Mary’s University School of Law, she intends to expand the business into new verticals, including athlete representation, social media influencers and TikTok. .

Chris was the founding chairman of the Austin-Toronto Music City Trade Alliance, a cooperative effort of the Austin and Toronto city councils to promote the commercial music trade between the United States and Canada. Chris is director of the Texas Entertainment Law Institute and co-founder of the Artist Rights Symposium at the University of Georgia. He is the former Legislative Chairman of the Entertainment and Sports Law Section of the State Bar of Texas and was the principal drafter of the Texas True Origin of Digital Goods Act in the 87th Texas Legislature (2021). In 2005 Chris was elected a member of the World Technology Network. He received the 2016 Texas Star Award from the State Bar of Texas. His current speaking engagements are here.

Chris holds an MBA from the UCLA Anderson Graduate School of Management and a JD from the UCLA School of Law. While in law school, he was a UCLA Law Review, Olin Fellow in Law and Economics, and won the Norma Zarky Award for the best student paper published on a topic related to entertainment law. Chris was an adjunct professor at the University of Texas School of Law, where he taught The Music Business in the Digital Millennium. Prior to law school, Chris graduated with honors from UCLA, majoring in political theory. He is admitted to the bar in California and Texas.

As Acting Executive Director of the City of San Antonio’s Department of Arts and Culture, Krystal Jones oversees the day-to-day operations of the department as well as the planning and execution of programs and initiatives within its core divisions: Management Grants, Public Art, Cultural Events and Exhibitions and Marketing, Film & Music. In this role, Jones manages the department’s budget, including the foundation grants program for nonprofit arts organizations and individual artists, and its public art program. She strongly believes in the power of arts, culture and community to transform lives.

Jones’ 11 years with the City of San Antonio include serving as Marketing, Film and Music Administrator of the Department of Arts and Culture, and Senior Brand Manager of the San Antonio Convention & Visitors Bureau ( now Visit San Antonio). Thanks to his work, San Antonio has received hundreds of positive news, a Music Friendly Community designation by the State of Texas, and a great place to live and work as a filmmaker by MovieMaker Magazine. Additionally, filming permits in San Antonio have increased by nearly 80%, with the city hosting an average of 200 domestic and international productions per year. These include NBC’s “American Nina Warrior,” HBO’s “Entre Nos” and “HA Comedy Festival” specials, and Capital One’s Spike Lee-directed “NCAA Road Trip” commercial. Jones also led the development and implementation of the department’s performing arts and music strategic plans, which included the creation of performing arts grants, a loading zone parking program for musicians in concert and the presentation of musicians at city council meetings.

Prior to working in public service, Krystal led award-winning integrated marketing and communications strategies for hospitality, construction and technology organizations. She holds a Master of Science in Public Relations from Syracuse University and a Bachelor of Arts in Communication Studios and Psychology from Heidelberg University. Whenever she has free time, she explores every neighborhood in San Antonio with a camera in hand and serves as her dog and cat’s personal butler.

Steve Parker is an artist, musician and curator. He is the recipient of the Prix de Rome, the Ashurst Prize (UK), the Tito Prize, a Fulbright and grants from the National Endowment for the Arts.

Parker has received support from the National Endowment for the Arts, New Music USA, the Copland Foundation, the Puffin Foundation, and the Mid America Arts Alliance. He is curator of SoundSpace at the Blanton Museum of Art, executive director of Collide Arts, and a faculty member at UTSA. He holds degrees in math and music from Oberlin, Rice, and UT Austin.

Linda Bloss-Baum is Vice President of Government Relations and Public Affairs at SoundExchange. In this role, Linda drives awareness, education and visibility for SoundExchange members with policy makers around the world, particularly in Washington DC. Prior to joining SoundExchange full-time, she was a freelance consultant for SoundExchange and recording artists through her agency, LBB Creative Strategies. LBB Creative Strategies has raised the volume of artists’ voices in multiple areas. Prior to founding LBB Creative Strategies, Linda ran Warner Music Group’s office in Washington, DC for six years. She has also served as Vice President, Public Policy/Government Relations at Universal Music Group/NBC Universal and Time Warner, Inc. Linda is a graduate of Catholic University Law School. She is an adjunct professor at the KOGOD School of Business at her undergraduate alma mater, American University, where she teaches a course on “Protecting the Creative Class in the Digital Age.”

SoundExchange represents recording artists and small, medium and large record labels. They collect and distribute royalties for multi-platinum stars and local garage bands, for a cappella and acid rock, bluegrass, symphonies, big bands and everything in between. SoundExchange manages over 245,000 artist and rights holder accounts.