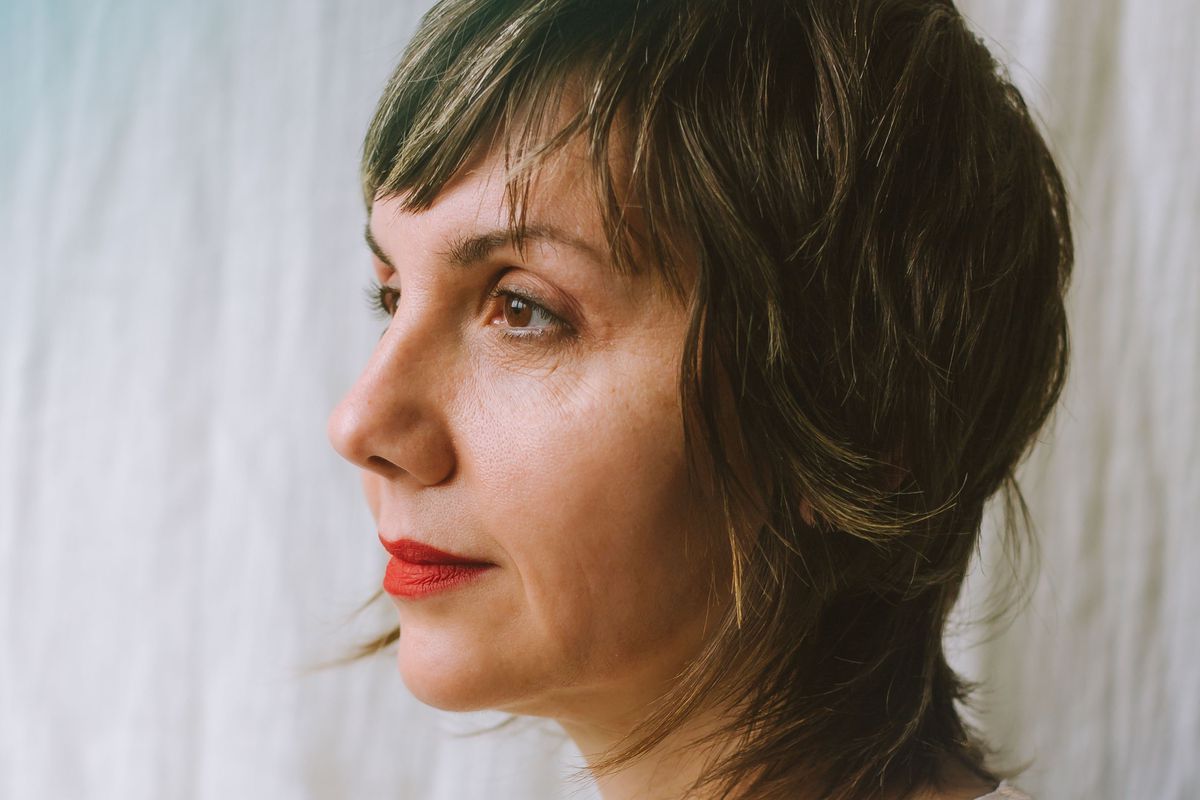 Journalist Jessica Hopper began writing at just 16, turning her budding feminist perspective into a career spanning popular music. Since she was a teenager freelancing for her hometown of Minneapolis alt-weekly City Pages, she has continued to innovate as a writer, editor and producer for some of the biggest names in music media, including Pitchfork, MTV News and Spotify.

His acclaimed 2015 book, cheekily titled The first collection of reviews from a living rock critic, has recently been reissued in an expanded edition. Almost double the length of its first incarnation, it includes more features, profiles and incisive reviews of Hopper from later years, plus a deeply personal afterword and new foreword by comedian Samantha Irby.

Hopper, now based in Chicago, is busier than ever – the self-proclaimed “suburban mom who loves Bad Brains” produces a documentary film and podcasts through the production company she runs with her sister, is co-publisher of University of Texas Press’ American Music Series, and is working on her fourth book (to be published in 2023), on the impact of female artists on popular music in 1975.

Between appearances on virtual book tours, Hopper took the time to discuss why it was time to reissue her collected works, how she managed to break into the boys’ club of music criticism and how a new generation of writers and readers brings new life to this old form.

Why did you want to revisit this book? How did you approach it differently from the first time around?

When I thought about doing it again, I didn’t imagine it would be such a radically new book in so many ways. But when the first edition of the book came out, I learned a lot about my readership and who my audience was, which was both rewarding and eye-opening for me as a writer, to see how my work was understood and received. around the world by exactly the kind of readership I wanted – young men and women who are new to music and are looking for things that exemplify the feminist worldview. With the second edition, I no longer wanted to justify my existence in the same way. The fact that I believed the work was truly worth being in the world freed me to make a book for that readership. And because I had done more substantial work since the last edition came out, the book was more about including pieces that support a particular kind of view – for example, the profile of Sleater-Kinney, or my interviews with Bjork or Lido Pimienta – writing that continues the argument advanced by some of my early critics.

I didn’t think the first volume would do so well. I never expected to go to seven countries on four continents to promote this book for 18 months straight. I’m so grateful that it got the reception it got and that I got to travel around the world and learn about people’s different struggles and experiences with music and how they build a community around she. This experience fundamentally changed me as a writer and thinker and challenged me in necessary ways. So that allowed me to make a very different book.

The title alone speaks to the challenges of being a female music critic – what kind of response did you get when you first tried to publish a collection of your work?

I had talked about trying to do this for years. People would say, “There is no precedent. And of course it was about gender – it was like people said everything but “You know you’re a girl”. But I was so used to these arguments, and I knew they were pointless – if you look at Ann Powers’ arguments good booty or Amy Gentry’s book on Tori Amos, those books were huge. Reading these books… quenched a long-standing hunger for the kind of music writing I was interested in – and not just now, but ever since I was a teenager I came to music and was compelled to read those terrible books about John Lennon just so I could learn more about Yoko Ono’s music. Luckily, books like theirs are much more common now, but there are still plenty of perspectives that aren’t open enough in music writing. I want my book to be something that maybe opens the door to people and more perspectives.

After nearly 30 years of writing, what does criticism mean to you today?

Music criticism has always been important to me because it helps me understand and connect with history and hold my heroes in the light and understand why I believe what I believe. Why does this record give me a feeling of hope or sadness? As a teenager, I would go to hardcore gigs in Minneapolis and it was always guys screaming in anger, and I was really ready to give up because I didn’t see any women on stage. We had to see Babes in Toyland, which I write about in the afterword of the book, [for me to realize] there was a place for me.

The kind of canonical music journalism that I read a lot of as a child was like “I’m right, even when I’m wrong”, and there wasn’t much vulnerability to that – it was all pretty competitive. These are things that are inherent in white patriarchal systems. That’s part of the reason why I don’t think there were lasting structures that lasted. There is no infrastructure like in poetry, film criticism or any other type of writing. I’m not trying to say that music criticism is dying or anything like that, but it’s really hard trying to make a living. But one of the encouraging things is that even though some parts have become much less enduring, there’s an influx of people who feel like this is their writing home. It’s one of the ways they want to engage with their community or culture, and they have the energy, the tenacity, and new ideas to help rebuild it as something that perhaps has never been before. . And I find that deeply encouraging.

You have many friends and fans here in Canada – Montreal band Godspeed You! Black Emperor even specifically asked you to perform them at the Polaris Music Prize gala when they won the award in 2013. From your perspective in America, how do you view the difference between the Canadian and American music scene?

It always seems that Canada has a better appreciation for its art than America. There are so many Canadian bands and artists that I love so much – it kind of feels like there’s more community there sometimes, and also just more echelons. People tend to build the kind of infrastructure that they need, whereas in America we have maybe a bit more integrated capitalism, and people look to labels and those kinds of companies for support because there’s no such thing as arts funding at all, basically.

your next book, No God But Herself: How Women Changed Music in 1975will include a preview of Joni Mitchell’s album The whistle of summer lawns. Did you find there is something inherently Canadian about the work of the legendary singer-songwriter?

I think in some ways the most Canadian thing about Joni, in my humble opinion as a Midwestern American, is how she’s come to shape her artistic endeavours, whether people are deeply receptive to it or not. She didn’t make a big fuss about things – she was very principled about it. I think that informs Joni’s artistic courage and it’s just something that’s fundamental to the freedom that you can hear in his records. The other part too is the buttoned-up world where she comes from that told her what good girls can and can’t do, which gave her something concrete to continually rebel against – that’s how that we get this liveliness and also Joni pushing himself towards the very avant-garde of popular music as a composer.

This interview has been condensed and edited.

Expand your mind and build your reading list with the Books newsletter. register today.