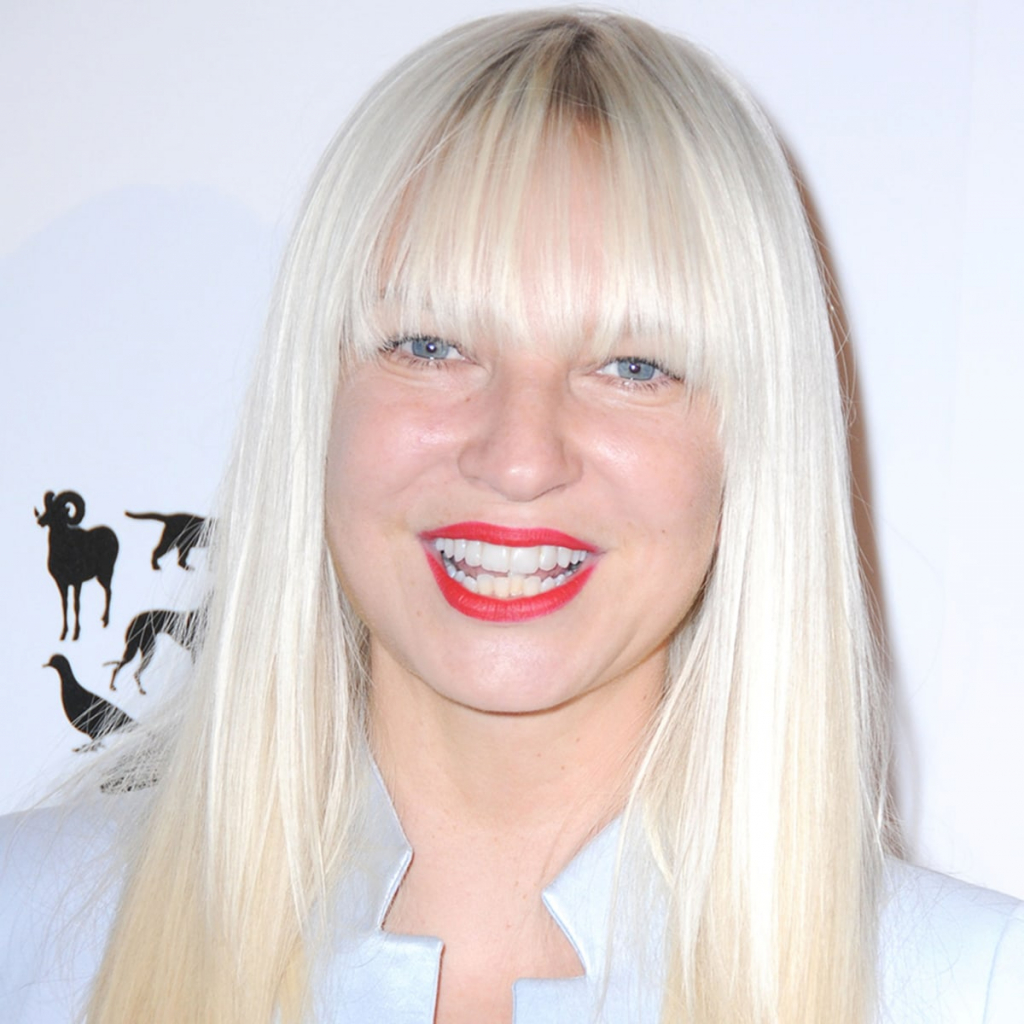 Sia Kate Isobelle Furler, popularly known by her stage name sia was born in 1975 in Adelaide, Australia, and is an accomplished singer, voice artist, songwriter, director and actor. She moved to London where her career took off within the duo Zero 7 as a singer. She then moved to New York in 2005 where she continued to develop her career with new releases. She also took a significant break from her career and focused on writing music for other artists. She worked as a songwriter for some of the biggest hits and eventually got back to singing receiving accolades and engagements like never before.

Born in Australia, she was interested in music from an early age, inspired by her musician father and cousin, artist Kevin Colson. Some of his early influences include Sting, Aretha Franklin and Stevie Wonder. She started her career as a singer in the acid jazz band called Crisp. After this collaboration, she released her first album, Only See in 1997 in Australia.

Sia moved to London the same year and worked as a vocalist for the band Jamiroquai and the duo Zero 7. She toured with the band and also worked as a vocalist on three of their albums. The song “Destiny” from the 2001 album Simple Things gained great popularity. She also worked on the album When It falls for the songs ‘Speed ​​Dial No. 2’ and ‘Somersault’. After her collaboration with the group for the third consecutive album, The Garden in 2006, she was named official singer.

She again received major popularity with the single “Taken for Granted” in 2000, peaking at No. 10 in the UK charts. She dabbled in jazz and soul with her album, Healing Is Difficult in 2001. Her career picked up speed with awards and new production partnerships. She released Color the Small One, her third solo album in 2004. Songs from the album such as ‘Breathe Me’ and ‘Don’t Bring Me Down’.

Following the lack of marketing for the album, she moved to New York in 2005. She became more famous and consequently embarked on a tour.

Her next project was Lady Croissant, a live album featuring eight live songs. Around this time, she also left Zero 7 and released her 4th studio album titled Some People Have Real Problems in 2008. The album received gold certification in Australia. The songs “The Girl You Lost to Cocaine” and “Soon We’ll Be Found” also received widespread acclaim.

Sia began her journey as a songwriter working on one of Christina Aguilera’s Bionic albums. She also co-wrote music for films such as Burlesque with the song “Bound to You”. Her 2010 album, We Are Born, was instrumental in her career with songs like “You’ve Changed” and “Clap Your Hands.” She also toured to promote her album.

After the release of We Are Born, her growing fame hit her and she quickly embarked on a hugely successful songwriting career. She has worked with some of the biggest artists and biggest hits such as “Titanium” for David Guetta which also became a huge hit. She further collapsed into her own space almost completely absent from the limelight, but wrote songs for artists such as Rihanna, Flo Rida, Kylie Minogue and Beyonce.

She released Elastic Heart in 2013 alongside Diplo and Weeknd for The Hunger Games: Catching Fire. Her sixth studio album was called 1000 Forms of Fear in 2014. The album was certified gold in 2015 and continues to be one of the biggest hits of her career. The album has sold over one million copies as of early 2016. The song “Chandelier” from the same album has received worldwide acclaim. The songs “Big Girls Cry” and “Eye of the Needle” were also among the record’s most famous tracks. She received four nominations at the 57th Grammy Awards for “Chandelier.” At the height of her career, she chose to keep her identity a secret by wearing big wigs and hats covering her face during her public appearances. Many critics said Sia’s music helped reclaim dance-pop like no other. In fact, Billboard announced that the music video for “Chandelier” was the 10th greatest of the 2010s. She also worked on the soundtrack for Annie, a Broadway musical. The song “Opportunity” was nominated for the 72nd Golden Globes. She collaborated again with Greg Kurstin for her seventh studio album, This Is Acting. The song ‘Alive’ from the same album was co-written by Adele. 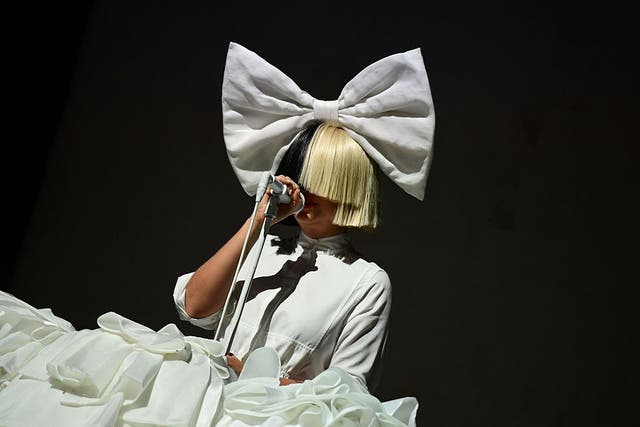 ‘Cheap Thrills’, again from the same album, went on to create an outstanding hit. She continued to bask in her success and the love of her fans after her amazing performance at the 2016 Coachella festival. She continued to perform at various music festivals which allowed her to connect with her fans. Sia’s YouTube profile has over 9 billion views with over 17 million subscribers. She has also been nominated for three Grammys. Other collaborations have included performing and co-writing Zayn’s song, “Dusk Till Dawn.”

She signed with Atlantic Records in 2017 and released an album, Everyday Is Christmas the same year. She also released a delux4e edition in 2018. She then worked on the Mountains EP for Spotify alongside Diplo and Labrinth under the acronym LSD. An album was also released in 2019. She released her ninth studio album titled Music – Songs from and Inspired by the Motion Picture in 2021. She is also expected to release another album titled Reasonable Woman this year. His first directing venture was with the film, Music, but received criticism for his approach to autism. The film was nominated for a Golden Globe but instead received the Golden Raspberry for directing.

His career and his music have known different undulations ranging from acid jazz to soul, from trip-hop to downtempo, from folktronica to alternative rock and powerful ballads. She then expanded her creative streak with indie-pop following the release of Some People Have Real Problems. She also crossed the fields of R&B, pop and synthpop. She has always expanded her soundscape with new influences that have constantly moved her forward through the musical winds of change. 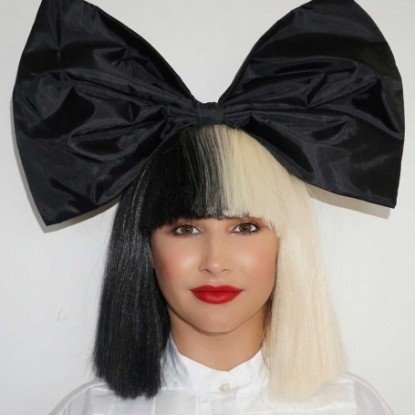 She was a voice artist for South Park with other contributions in My Little Pony: The Movie and Vax Lux. Her film, Music, was also a pivotal point in her early career as a director.

When she moved to London she was involved with Dan Pontifex who died in a car crash. She continued to live in London and soon took up drugs and alcohol to fight the loss. She was also in a relationship with JD Samson. She identifies as queer.

She suffered from depression and addiction and was also suicidal. She was also diagnosed with Grave’s disease.

She was married to Erik Anders between 2014 and 2016. She is also a feminist. She is also the mother of two adopted boys.

Sia is a dedicated animal advocate and contributes extensively to various animal rights initiatives and projects.

Alicia Parker is a fashion enthusiast studying at the University of California. She contributes to Daily Music Roll as a music blogger and writes a review of various music daily.