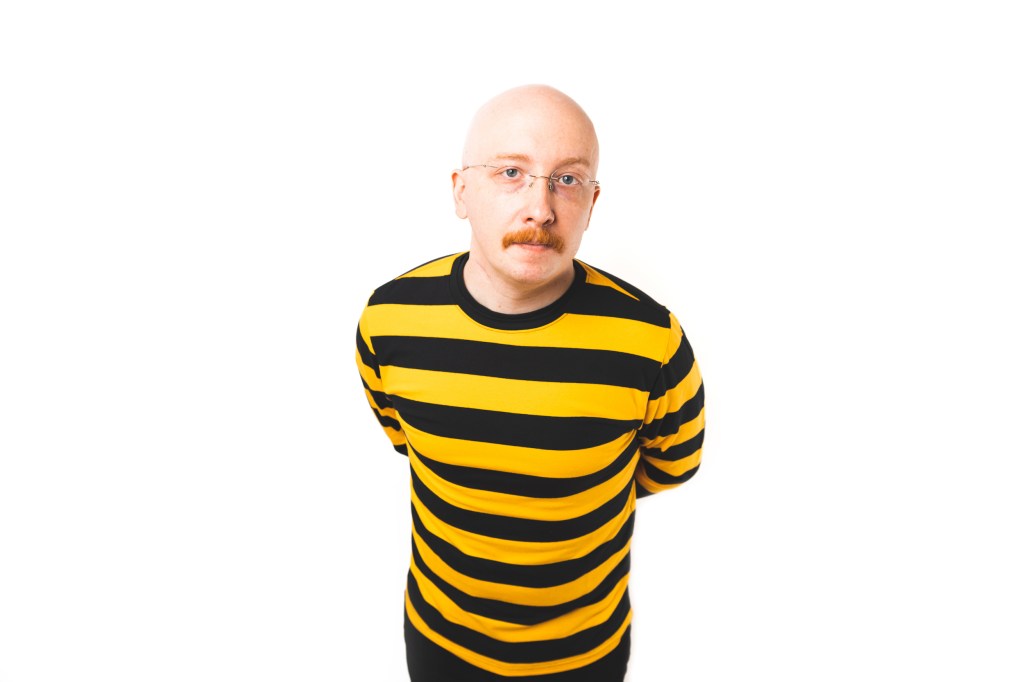 ASHBURNHAM – A local musician hopes to inspire others with his story as he releases his debut album in April.

Since releasing his self-titled EP in November 2019, Matt Jatkola, the multi-instrumentalist known as JATK (pronounced “Jack”), has embarked on a two-and-a-half-year journey fraught with public and personal pitfalls. Days after the World Health Organization declared COVID-19 a pandemic in March 2020, Jatkola was diagnosed with Hodgkin’s lymphoma.

Frightened at first, Jatkola turned that fear into motivation. Now healthy and with his cancer in remission, Jatkola is set to release the eclectic 12-track LP, “Shut Up and Be the Light” on April 15.

Jatkola said it was “surreal” to be so close to the release date and he was happy to see such a unique project – more than 20 artists collaborated on “Shut Up and Be the Light” – coming together. shape.

“I’ve never done anything like this,” said Jatkola, who is also a producer, songwriter and instrumentalist. “It’s entirely my vision, but it was also very collaborative – and I can’t wait for release day.”

Jatkola’s musical journey began as a teenager in Ashburnham and continued during his time at Fitchburg State University, where he played in different bands and created his own tunes. Later, Jatkola released “JATK” and, excited for the future, he pushed forward – until the sky started to fall.

Shocked at first, Jatkola called the overlap between his diagnosis and the declaration of the pandemic “mind-blowing, and not in a good way.” And, while he was scared, it wasn’t long before his mind returned to the music, which Jatkola said was a major motivation in his recovery.

“Hospital was the last place anyone wanted to be, let alone immunocompromised people, which I was becoming,” he said. “It was scary at first, but all I could think about was how badly I wanted to make music, make this album.”

“I wanted to get better, in part, to be able to do that. This led me to do these treatments in March, April, May – basically all year round,” he said.

The whole experience changed Jatkola’s life. In fact, he adopted a new personal mantra, reflected in the album’s title, “Shut Up and Be the Light.”

“The whole world now has this pre- and post-COVID feeling,” he said. “I have that, but also this point of view before and after cancer. Both shaped me and shaped my way of thinking about music.

Jatkola stuck with the idea for the album “for years” out of fear of failure. “The only thing that held me back was me,” he said, “I thought about it too much and ended up doing nothing.” But, after his diagnosis, he realized that he could no longer just sit back and let life come to him, he had to go out and take what he wanted.

Jatkola hoped to convey that same proactive message through his music.

The album “is really what I’ve felt for the past two years,” he said. “That’s the kind of approach I’ve taken in life: if you want to do something, go for it.”

“There’s no reason to be afraid, if you fail you fail, and that’s good because you can learn from it,” he said.

Another dominant theme of the album, according to Jatkola, was “hope”. His hope was that his story would inspire, or that some might take something away from the album that they could apply to their own lives.

“This album is about hope,” he said. “I had everything to complain about, but what was the use? All I could do was be there, look ahead and try to make it better.

“I want this album to have meaning beyond being a group of songs that I love. I hope it inspires something in others, just like the things I wrote about have inspired me” , did he declare.

Jatkola also said that the album cover – broken donuts – was the “perfect symbol for the songs and just the idea of ​​the album” and that he hoped the art would “elicit the emotion of the same way as the album”.

In a more musical sense, Jatkola said he stepped out of his comfort zone during production. Never before had he worked with such a large group on a single project. It was a process he called “different” but a very fun way to work.

“Everyone brought their own flavor to everything,” he said.

As the release date neared, Jatkola praised his cast and said he “can’t thank them enough.” He also said that the diversity of styles and sounds each of them brought was something he hoped to incorporate into future projects.

“I wanted this album to lay the groundwork for that kind of eclectic approach to my work,” he said. “In the future, I might want to do more of an R&B album or something low-key acoustic – the DNA for that, because it’s all here in this album.”

“Shut Up and Be the Light” is set to be released on April 15. For more information about Jatkola or the album, visit https://lnk.bio/jatktheband.