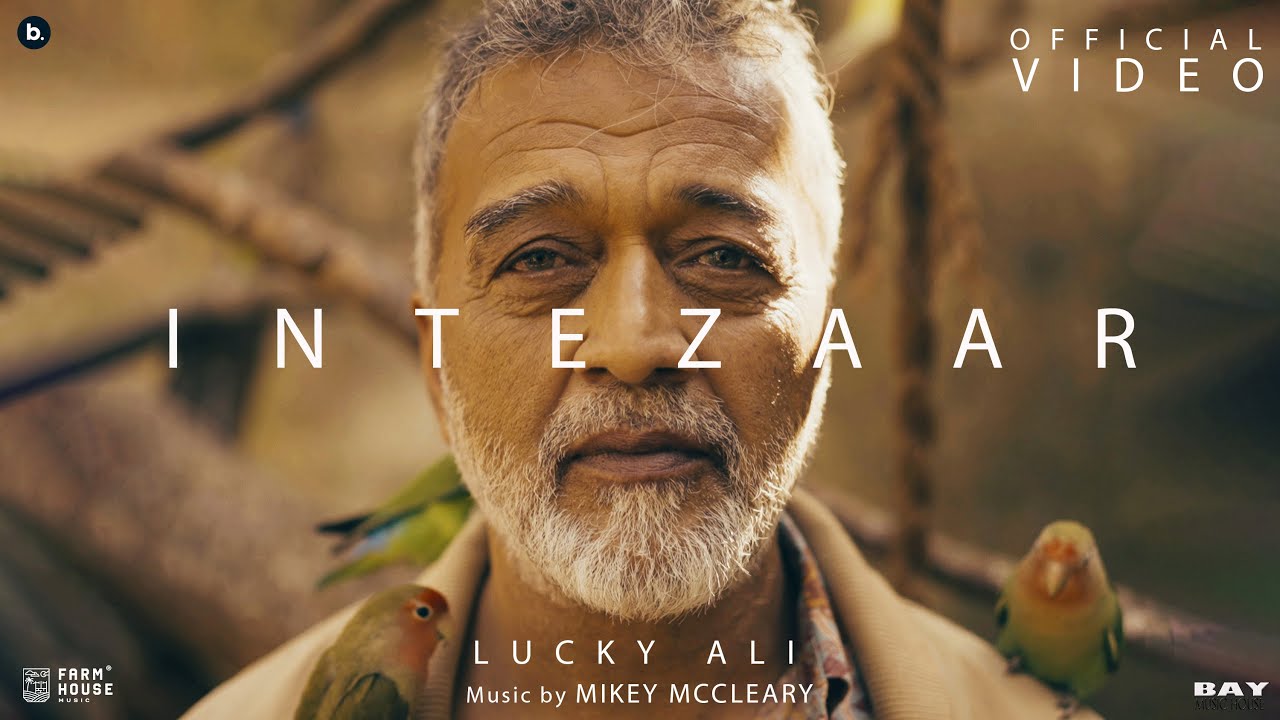 The voice of pioneering Indian pop legend Lucky Ali has captured the imagination of music lovers across generations and geographical stretches for decades. Between the soul-searching interludes the artist is known to take often, not a year goes by without his loyal fans asking for more music. Their calls will be answered with the aptly titled singer-songwriter’s latest number – Intezaar.

Lucky Ali teams up with his favorite collaborator, brother-in-law and renowned songwriter/producer, Mikey McCleary, to recreate the magic with a series of singles beginning with Intezaar.

The video single, which was released globally on April 6 this year; can be heard on all streaming platforms thanks to an exclusive collaboration with Believe Artist Services.

The old adage that “good things take time…” seems to apply especially in this case. Lucky Ali is known for his distinctive voice and moving yet surprisingly simple ballad-style singing, as well as his elusive character. The husky-voiced singer-songwriter, composer and actor is a firm believer in only surfacing when he has something important to say or share with his audience and the world. That’s when the world can savor the artist’s latest rendition – which evocatively chronicles the subject of relationships through the prism of Intezaar aur tamanna… (expectation/expectation and desire) — a dynamic mid-tempo video single, which bears the signature balladeer.

The series of singles, which will be released throughout the year starting with Intezaar, reunites Lucky Ali with his long-time collaborator, composer/producer Mikey McCleary. The magic and chemistry of the two that was seen in the soundscape of Lucky Ali’s first three albums is stronger than ever in the songs to come.

The Indipop pioneer has dedicated the series of his upcoming releases to his loyal fans, who have been patiently waiting for new music. Just as the lyrics of the song express, “Intezaar aur tamanna, har kadam woh saath chaley, sanjh se ubharti subah, mein ja ke woh ghul mil gaye…”

Lucky Ali describes the music as healing and philosophical: “These songs are my way of accepting the limitations and shortcomings of life. In a way, making these songs is a healing process for me. That said, I want listeners to make their own interpretations of the songs, I want them to make those lyrics and those songs their own as well.

Most of the music was composed by the duo in the studio and some was created remotely during the pandemic, with Lucky Ali in India and his producer/co-composer Mikey McCleary in New York. “Mikey, pick up vibrations, feelings and emotions. Whether it’s in the studio, recording with me, doing the vocals where he knows how to process my voice, he understands how I should do a certain part or in the music production where he adds his magic to make the song so much more… Especially when I have no more contributions. We composed most of these songs together while playing chord progressions and trying out different melodies. The first, Intezaaris about relationships,” says Lucky Ali.

These songs retain that signature sound that Lucky Ali and Mikey McCleary created 25 years ago when they made the former’s album. Suno… in London.

“Lucky has magic in his voice, and he’s also a great songwriter to work with,” says Mikey McCleary. Making these songs was a very collaborative process. There are now more modern production elements to the music, making it very accessible to younger contemporary audiences, but the songs are still mostly acoustic guitar based and the instrumentation is quite organic overall.

The video single, Intezaar, is currently available to stream worldwide. Watch the video on Youtube and Apple Music.

Released by Farm House Music and Bay Music House, the album is distributed by Believe Digital.