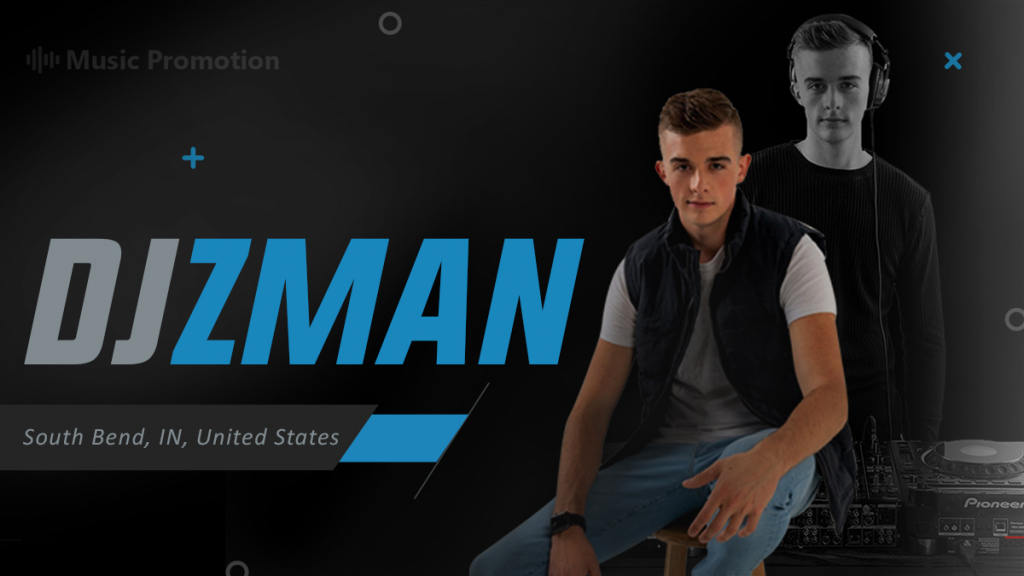 The charming and young DJ Zman, electronic music artist from Indiana was completely overwhelming with its musical forms chosen with a striking and heightened aura.

Jhe exceptionally talented artist DJ Zman made his career as a DJ and musician based on his graceful musical tastes. He has dreamed of becoming a successful DJ and music producer since he was just a child. And his determination has made its way to the success he has already achieved. And it also reflects that it will have an extended future based on its extremely detailed musical forms. He is young and he is hungry to do better in his career, no matter what he has to face through this musical journey. His musicality offers a wide range of musical aura. 18 year old artist Zach Zellers is from South Bend, IN, USA. He has been producing music since he was only 11 years old.

His music is optimistic wrapped in the timeless charm of positivity. His striking number “The Beginning of a New Chapter” has a quirky accent with tunes that offer a blood rush. It’s completely overwhelming for anyone who listens to this track. the ‘Without you’ his track has a swinging vibe which adds to the magnetism of the song. He is very smart with his musical fingerprints of all his songs. If he overdoes a certain musicality, he will balance it out in the next track and that way his listeners will always benefit from the variety of his versatility. He overcame all the negativity around him that weighed him down and emerged as an inspirational musical artist.

DJ Zman cultivated his musical forms and worked on his ability to create music with complete tenacity and dedication. In ‘Without you’, there is a melodious voice that spreads chill well complemented by the electrifying music. Simultaneously in his “The Beginning of a New Chapter” DJ Zman, electronic music artist from Indiana combined his electrifying nature with an adequate amount of beats. Some of his amazingly arranged tracks are ‘Uphold’, ‘Zeal’, ‘Incorruptible (Remastered)’, ‘Z Mix Vol 1,2,4’, ‘Shake It Up’, ‘Don’t Worry Be Happy’, ‘Chill Out’, ‘Dream Chasing’, ‘Awakening’, ‘United As One’ all very charming and intense. His music is available on SoundCloud, Spotifyand Apple Music. Follow him on instagram as well as.

To enjoy more tracks, just check out the link below:

Charles Edward is a writer and musician from New York. He publishes various poems and writes songs for his group.
He is one of the main members of a new rock based band. He also reviews in Daily Music Roll and writes articles for music blogs.