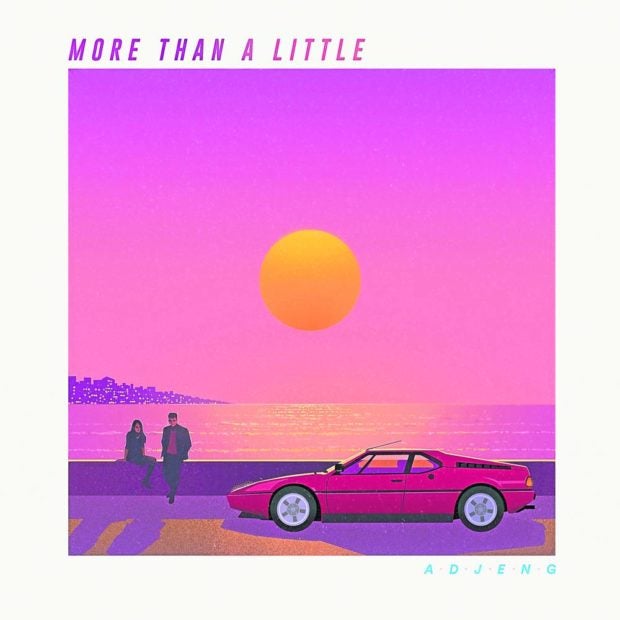 Adjeng and the cover of “More Than a Little”

Pop music is “comfortable”. It “resonates easily with listeners”. But it doesn’t always have to be “predictable,” said music artist Adjeng.

In the past year, she has released over 10 songs that span various genres or subgenres of pop – sentimental, nostalgic pop, 1980s-inspired ditties, gospel-flavored tunes, and songs with rock and alternative elements. . His latest single, “More Than a Little,” on the other hand, has a 1990s R&B vibe.

“What I realized cataloging my past songs was that it helped me get an idea of ​​what I should be pursuing… My heart is very attached to pop, but there are other sub- genres. And I realized that I wanted to keep my listeners guessing,” Adjeng said during a Zoom conference.

“People I don’t even know would message me on my Facebook page and tell me my songs are worlds apart but they love it,” she said. “I can’t box right now…I like it when I keep people on their toes.”

In writing “More Than a Little”, Adjeng, who fronted bands Sipol and Wink under GMA Records, hoped to bring back the 1990s pop-R&B sensibilities she loved growing up.

“Life is a roller coaster. But like love, it can be a sweet adventure if you know you haven’t held back from living it,” Adjeng said of the single. “In anything involving love, there are expectations and realities. I think we always have to recognize what we want and what we need. Be honest. If you think about it, true love is really in the details, the seemingly insignificant and humble little moments.

Hoping to create something that sounds “current, yet timeless”, she enlisted singer-songwriter Thyro Alfaro for the arrangement.

“My previous single, ‘Rollercoaster’, shows my funky, alternative side, and comes from a place influenced by acid jazz. But with ‘More Than a Little’, I wanted to bring back 90s R&B. worked with Thyro because he has a pulse on the current sound. I want something that people can resonate with now, but that will also sound timeless,” she recounted.

His vision, Adjeng said, is to release a piece of music that will compel listeners to play it and listen to it over and over again. “I wanted to create something that would transport me to a good place. I wanted it to sound modern and fresh.

A finalist in various songwriting contests like Mang Levi Celerio Songwriting Contest and Philpop Songwriting Festival, Adjeng said there is no better feeling than recording and performing. perform his own compositions. That’s what she realized after her decision to focus on her solo career last year.

“Singing your own songs hits differently. I love it when other people perform my songs, but when I sing them, I get comments or messages that the songs sound different. And I think that’s because it’s your own words and experiences,” she pointed out.

“In 2021 when I started releasing songs to catalog my songwriting, it was a way to flex my creative muscles. But I felt that wasn’t me yet. But with ‘Rollercoaster’ and ‘More Than a Little’, writing the lyrics and melodies together, I felt this was it, that this was finally representative of who I am as an artist,” she added.

What’s been the hardest part of writing songs and pursuing a solo career in the midst of a pandemic?

“It takes a lot of self-awareness to deal with the upheaval of isolation. And creating music in a bubble made me resilient. It takes discipline because you don’t follow anyone’s schedule,” she said. “I also felt that digital platforms have leveled the playing field. It’s a challenge…but I like challenges. INQ

The latest entertainment news straight to your inbox