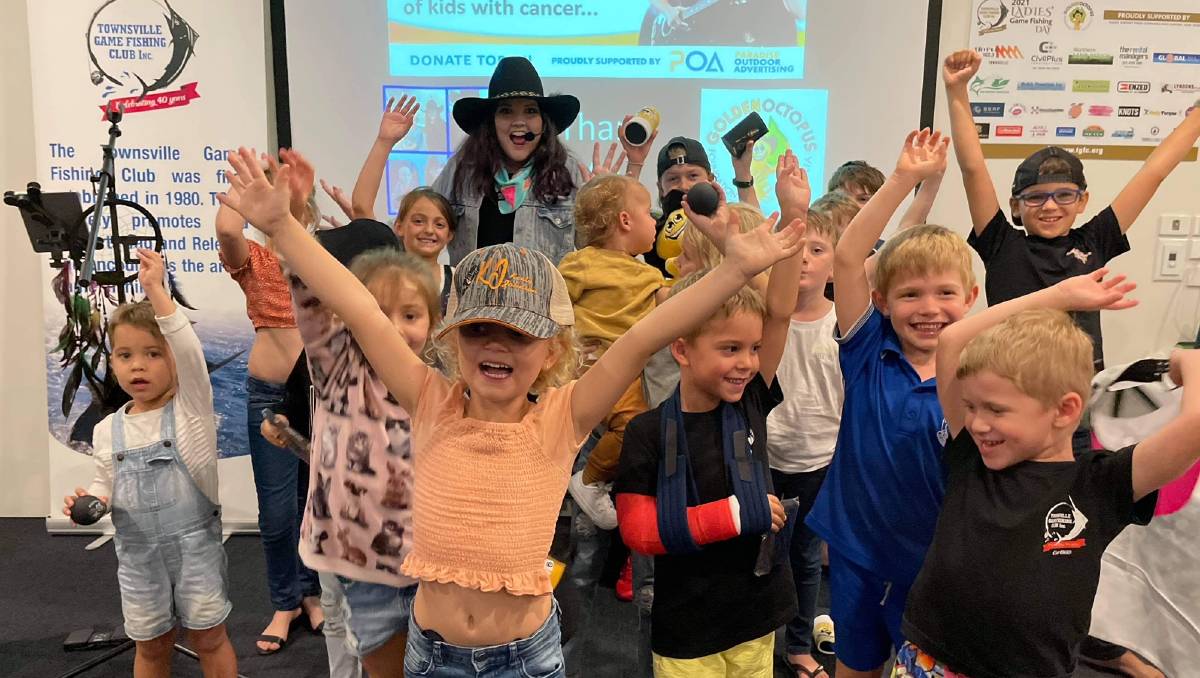 Children eager to see how a quokka could dance or kick with brumbies will be queuing up for the new show and album from North Queensland darling recording artist Keely Johnson.

She is set to launch a new children’s entertainment program called ‘Dance like an Animal’ and will launch the accompanying album at the Tamworth Country Music Festival in less than a fortnight.

“Australia is home to some of the most unique animals on the planet, and they sure know how to party,” she said. “This is a can’t-miss event if the kids love music and good old-fashioned entertainment.”

Keely lends her vocals to every track on the disc, with the addition of duets with big Australian names Lee Kernaghan, Hayley Jensen and Troy Kemp.

For Keely, who loves acting, the best part of the project was bringing the songs to life in a full show.

“There’s something special about seeing the smiles on children’s faces when they see our mascots Kate the Quokka and Tassie the Devil,” she said. “They all want to take pictures with them. These mascots are already famous, and we haven’t hit the road yet.”

The fun and crazy team that includes Bob the Brumby and Kelsey the Kelpie has already debuted at a big party in the Townsville area.

Held to celebrate the upcoming release and to record the show’s vision for promotions, it was the first time it was performed in its full format, in front of a live crowd, at Melville’s Farm in Alligator Creek.

Organizers opened the doors to all children in the surrounding area, up to the age of 13, for gold coin entry, and Keely said they all had a great time.

All proceeds from the day were donated to the children’s charity Golden Octopus Foundation, which she founded to fight childhood cancer.

Keely was diagnosed with a rare and incurable form of cancer, Langerhans cell histiocytosis of the central nervous system, which involves the abnormal proliferation of certain white blood cells, and a tumor on her pituitary stalk has since stopped growing. she was 10 years old.

Keely said her show Dance Like an Animal will run daily from April 18 in Tamworth, after which she will tour Australia, with show packages to suit all occasions, from birthday parties to grandparents. events.

Want daily news highlights delivered to your inbox? Sign up for the North Queensland Register newsletter below.

The story of Keely dancing from Burdekin to Tamworth first appeared on North Queensland Register.