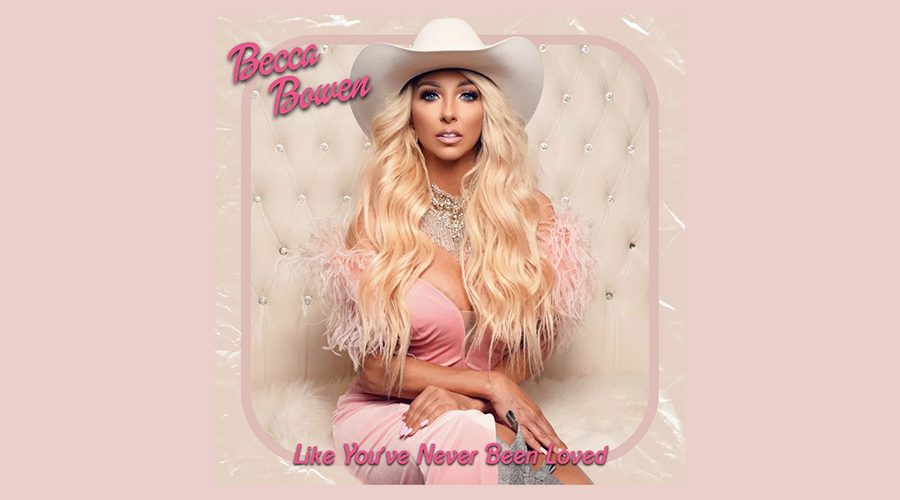 The 9-Song collection creates the pattern of love and the strength to find
in heartbreak, featuring country music heavyweight songwriting
Lee Brice, Rebecca Lynn Howard and many more

NASHVILLE, Tenn. – Emerging country music singer/songwriter and TV personality Becca Bowen shines with the release of her introspective new album, Like You’ve Never Been Loved, available today, Friday, November 4. Produced by Sal Oliveri, Bowen’s debut album The complete project features nine tracks co-written by leading Nashville artists and songwriters, including Lee Brice, ACM Award winner and GRAMMY-nominated singer-songwriter Rebecca Lynn Howard, GRAMMY award winner, and Rachel, award-winning songwriter and television personality. Bradshaw among others. Like You’ve Never Been Loved takes listeners on a relatable and heartfelt journey of falling in love, experiencing heartbreak, and starting over. Affectionately known as “Country Barbie” to her followers, Bowen taps into her emotions with this release, aided by her country music inspirations, putting her heart on her sleeve like never before.

“For this album, I wanted to stay with the authentic country sound that I grew up listening to, but also combine pop country tunes on the album,” Bowen explains. “My first album, Like You’ve Never Been Loved, is a project that I had dreamed of creating for years. I’ve always wanted to take my listeners on a journey to find love, relationship struggles, grief, and then the strength that follows after loss.

In 2020, Bowen released her debut single, “Love It, Leave It”, and soon after she appeared on the popular Outdoor Channel reality show, For Love or Likes. Bowen was named the winner of Season 5 in 2021, garnering a rapidly growing following and online fanbase, all eager for more music from the up-and-coming star. With previous singles released this year, including the unapologetic “Who I Am,” an uplifting female anthem, “Glitter” and “How It All Went Down,” as well as the album’s title track, Bowen credits the greats names in country music before her for her musical inspiration, including Dolly Parton, George Strait, Alan Jackson, Shania Twain and Reba McEntire. In October, Bowen released the music video for the song “Home” which enjoyed an exclusive premiere with Outsider, and the music video was directed by 2021 CMT Video of the Year director Brian Vaughan (Gabby Barrett) . One track in particular close to Bowen’s heart on the album, “Boy” captures a real-life love story, and the mid-tempo ballad was co-written by country music high-end Lee Brice.

Bowen’s glamorous, Southern Belle exterior mixed with her bold, tomboyish personality and love for the outdoor lifestyle proves the South Carolina native is proud of her endearing nickname, “Country Barbie,” which was first given to him by his passionate fans. Bowen exudes confidence in who she is – welcoming the juxtaposition of her looks and her personality, as evidenced by the authenticity of her music.

With his most vulnerable, authentic music to date and his ever-increasing star power, Bowen is poised to end the year on a high, with even more exciting projects to come in 2023.