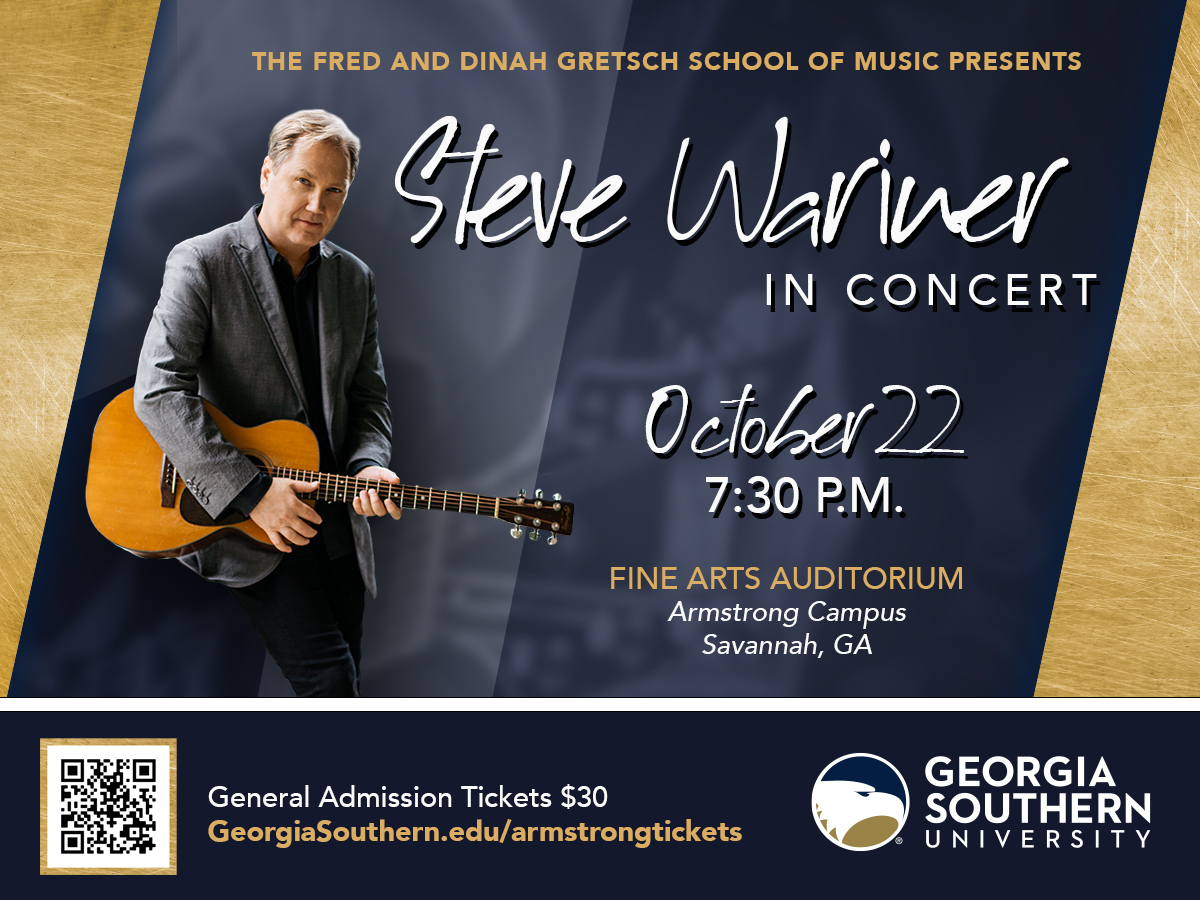 Wariner is known for his guitar playing, but his latest album features steel, lap steel, drums and even double bass. He is known for playing Gretsch instruments.

In October 2019, he was inducted into the prestigious Musicians Hall of Fame, adding to his honors which also include induction into the Kentucky Music Hall of Fame, the National Thumbpickers Hall of Fame, the Music City Walk of Fame, and is the one of only five guitarists in the world to receive Chet Atkins’ “Certified Guitar Player” award.

General admission tickets are $30 and can be purchased by visiting GeorgiaSouthern.edu/ArmstrongTickets.

The concert is presented by the Georgia Southern College of Arts and Humanities and the Fred and Dinah Gretsch School of Music.