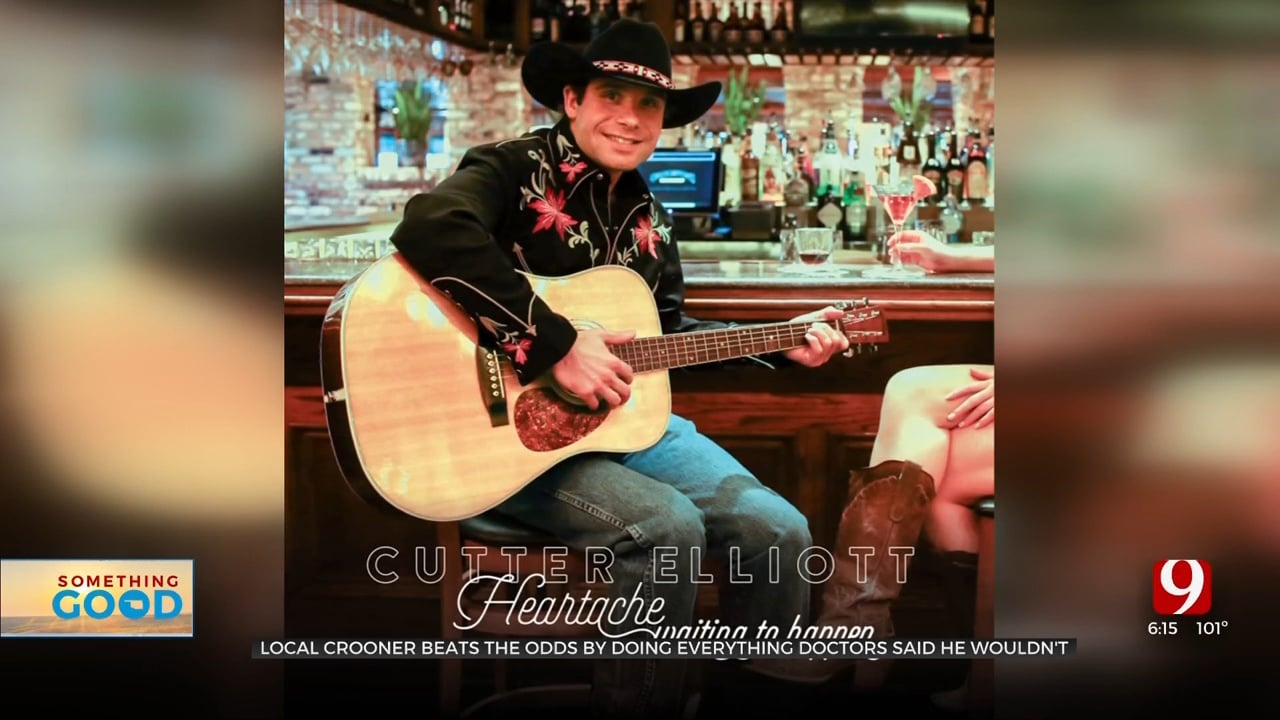 Cutter Elliott was born eight weeks premature. He was diagnosed with autism and cerebral palsy, and doctors had a long list of things he would never do.

“My parents were told by doctors that I would never play guitar, but they never told me that,” said country music artist Cutter Elliott.

Cutter was able to do everything doctors said he couldn’t, and now has two college degrees.

His mother, Debbie, never told him what the doctors said.

“So he never really knew or felt he was different,” said Debbie Elliott-Tresemer, Cutter’s mother.

As his love for music grew, Debbie lovingly challenged him to continue.

“He would cry because his fingers would hurt so badly. And we were like you just had to toughen them up,” Tresemer said.

Cutter is fully focused on his music.

“The ultimate thing I would like to achieve is to keep traditional country music alive,” Cutter said.

He just finished the album and releases a new single every week starting Monday night.

“We have the best guys in Nashville and I’m really proud of that,” Cutter said.

The album comes with a documentary about everything Cutter has overcome.

“It just tells the story of my life and I hope it brings awareness and hope to other people with autism and CP, and I hope I can be an inspiration for someone else,” Cutter said.

That message of hope is to know what you want to do and never stop pursuing it.

“If someone tells me I can’t do something and I really want to do it, I’m going to do it,” Cutter said.

Cutter has also partnered with Autism Speaks to travel the country and tell his story. He will also donate a portion of the proceeds from his album sales to the band.